The Grand Master of Masons in Massachusetts 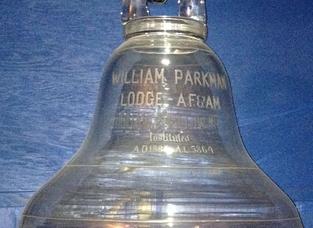 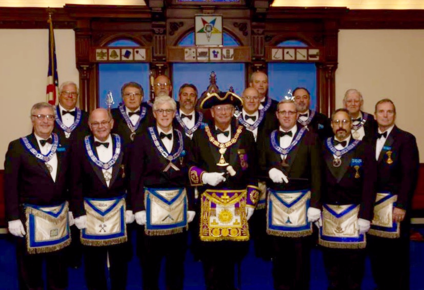 Our lodge meets on the second Tuesday of the Month from September to June.  There are no meetings in July and August.  If you have any questions or would like more information about William Parkman Lodge please click here "contact us."  Please take a moment to read the "History of William Parkman below.   Thank you.

William Parkman Lodge, Ancient Free and Accepted Masons, had its beginning on a winter's evening in January of 1864 when Abijah Thompson, III, owner of the tannery on what is now Manchester Field, invited Dr. William Ingalls, David Skilling’s, Josiah Stone, and Albion Joy to his home on Walnut Street to discuss the formation of a lodge in Winchester by those who were already a member of the Craft.

Oliver Wellington, Ciphers Church, Matthew Oliver, Samuel Bartlett, Edward Boon, Albert Lane, and Henry Whitten joined them at their next meeting. This meeting was in February. With great enthusiasm and the prior approval of Most Worshipful William Parkman, Esq., presiding Grand Master at the time, the Committee voted to procure rooms in the Lyceum Building on Mount Vernon Street and to negotiate a five-year lease. M.W. William Parkman subsequently issued a temporary dispensation under the date of May 9, 1864. The lodge held its first formal meeting with a complete staff of officers in their Lyceum Hall apartments the next evening, May 10. During dispensation, meetings were called under the temporary designation of "Parkman Lodge" by permission of Most Worshipful William Parkman.

Charter records bring to light many well-known Winchester names: founders of our town in business, political, social, and religious life. These names have been perpetuated by town landmarks such as Skilling’s Road, (David Skilling’s), Thompson Street (Abijah Thompson), and Prince Avenue (Frederick Prince who later moved to Boston and became Mayor of the city). The former Woodleigh School was named for Brother Edwin Woodleigh.

On June 16, 1865, the Grand Master, impressed by the rapid progress of the new lodge in Winchester, granted a charter and graciously allowed the use of his name for its title.

No particular note seems to have been taken of the 25th Anniversary in 1889 but in that year, the lodge lost a very earnest and enthusiastic member, Brother Frederick Winsor, M.D. He was Vice President of the Winchester Savings Bank, member of the School Board, Board of Health, and Historical Society. He served in the Civil War as Surgeon of the 49th Regiment. After the war, he gave his Officer's sword to the lodge where it was used for years by the Tyler.

The next 25 years from 1889 to 1914 showed continuous and healthy progress. Membership almost tripled, from 99 to 295. On May 26, 1914, an elaborate Banquet and 50th Anniversary Celebration was held in the Town Hall. Most of the Winchester Star that week was given over to a detailed account of the event. William Parkman Lodge continued its rapid growth, peaking at a membership of 500 in 1921! The lodge enjoyed prosperity until the Depression Years of the 1930s when many members unavoidably dropped their membership.

Previous to 1924, a glass bell had been used in the lodge but it seems to have broken in that year. Consequently, a mold was cast at the Toledo Factory of Libby-Owens in the shape of the famed Liberty Bell in Philadelphia. The present glass bell in our apartments was cast, inscribed, and presented to the lodge by Worshipful Brother Walbridge in 1925. With no other Masonic interest in such a bell, the mold was broken at the factory resulting in our possessing the one and only bell made on that mold.

About the time for our 75th Anniversary, the Brown Estate sold the block, which housed our Lodge at 1 Mt. Vernon Street to the late William Hevey who had plans for improvements. The Hevey Building alterations took two years to complete. Wor. Kingman Cass was Master of the lodge during the preliminary stages and Wor. W. Allan Wilde succeeded him and completed the plans.

Now it was time for the 75th Anniversary observance. Wor. Brother Wilde as Master appointed Wor. Brother Cass to be General Chairman, assisted by Brothers Paul Goddu, Franklin Lane, Harold Meyer, and Harry Pilkington. The Unitarian Church was the scene on May 16, 1939, of a large banquet and dance. Invited guests included Bank Commissioner Joseph Earl Perry, then the M.W. Grand Master, Judge Cahill, representing the Governor, and many other notables.

No definite record was kept of Brethren who joined the Armed Forces in World War II but about ten percent of our members were active at one time or another. After the War, there was a lively increase in Masonic membership throughout the country and as well as at William Parkman Lodge.

On May 19, 1964, the 100th anniversary of the lodge was celebrated with a banquet, entertainment, and dance held at the Crystal Ballroom of the Hotel Continental near Harvard Square, Cambridge. William Parkman Lodge commenced its second century with eager anticipation and the hearty support of its membership.

By 1975, the apartments of the lodge in the Hevey Building were in a sad state of disrepair. Previously developed plans to establish a free-standing building within Winchester for the use of the lodge were defeated by escalating real estate prices and the lack of other tenants to share the costs of building and maintaining a structure solely dedicated to fraternal meetings. Fortunately, a large estate came on the market on the Winchester-Woburn border. The estate was purchased by the Mt. Horeb Masonic Lodge in Woburn - thereby affording an opportunity to consolidate the Winchester and Woburn lodges in one large comfortable suite of apartments. Under the direction of Wor. Paul Gleason who was Master at the time, William Parkman Lodge quickly took advantage of this opportunity and joined with their brothers of Mt. Horeb Lodge in 1976 to maintain and improve the apartments, which they presently share.

As part of the Lodge's 125th Anniversary, on April 22, 1989, a Special Communication of the Grand Lodge of Massachusetts was held in the Town of Winchester for the purpose of rededicating the Town Hall building. Welcomed by Worshipful Master Harold Richardson, the Grand Officers together with the officers and members of William Parkman Lodge and town officials escorted by the bagpipe band of the Kilted Craft paraded from the Town Common to the Town Hall. Here the Grand Master, M.W. Albert T. Ames, re-enacted the original dedication of the building as performed by the Grand Lodge at the original laying of its cornerstone in 1887 by M.W. Henry Endicott (with M.W. William Parkman in his suite!)

The lodge fulfills its charitable role within Winchester by providing a Child Identification Program (MYCHIP) in the Winchester Fire Station during the annual Winchester Town Day celebration in June, sponsoring a Little League team each year and organizing two or more blood drives every year. The charitable programs of the lodge do not end there. On May 15, 2002, the Winchester High School graduating class of 2002 made medical history by being the first high school graduating class in the nation to participate in what is now a Meningococcal vaccine clinic available to all public and private school students. This was made possible through the leadership of R.W. Richard Maggio in part through donations of William Parkman Lodge, matched by the Grand Lodge of Masons in Massachusetts. Under the direction of R.W. Robert Crockett, the lodge is an active supporter of the Hospital Equipment Loan Program (HELP) begun years ago by Converse Masonic Lodge in Malden and now headquartered at 500 West Cummings Park in Woburn. HELP lends hospital equipment (wheelchairs, crutches, hospital beds, etc.) to those in need, regardless of Masonic affiliation, at no charge as long as it is needed. The Lodge is also a supporter of the Children's Dyslexia Center - Boston North also headquartered in 500 West Cummings Park, Woburn.

William Parkman Lodge actively maintains both its Masonic heritage as well as its civic standing. Masonically, under Wor. Kamel Oussayef, in 2003, the Lodge “twinned” with La Lumiere Ecossaise #353 of Saint-Germain-en-Laye in Paris. R.W. Paul Gleason served as Junior Grand Warden of the Grand Lodge. The Lodge participates in both Memorial Day and Veterans Day parades and continues as one of the original members of the Masonic Angel Fund for elementary and middle school Winchester children. (The Angel Fund provides immediate funds for school supplies, outerwear, shoes, and other small but important services to children who do not fit the criteria for the usual social service programs.) As an outstanding introduction to our 150th year of accomplishments, Wor. Donald Hohler led the lodge to its successful attainment of the coveted Grand Master’s Award and the Award has been attained the last 3 consecutive years. Wor. Vincent J. Marino led the lodge during our 150th anniversary in 2014

William Parkman Lodge is celebrating it's 154th year since the granting of its charter. It is a vital member of the Winchester community and a vibrant member of the Grand Lodge of Ancient Free and Accepted Masons of Massachusetts. Its members greet the year as an opportunity to continue our tenants of Friendship, Morality, and Brotherly Love through service to our community and our Fraternity.